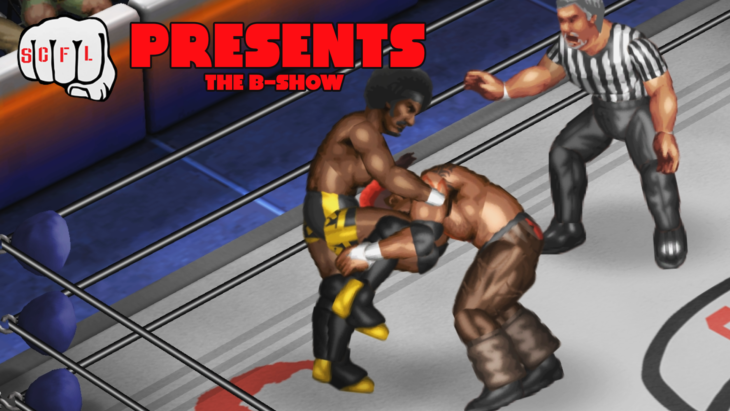 The holiday made for a busy week and many of the SCFL Pro crew were just thankful to have work to keep them busy. The SCFL Pro B-Show aired on Thursday night on YouTube, featuring a few big matches including Samantha Sugar vs. Immediately Ito and Karate Hendrix vs. Weather Walker in an easy match of the year candidate from SCFL.

After last week’s reappearance of Sanders Suzuki and his attack on Cheesesteak Supreme the Supreme family has been in mourning. All of that work to get Sanders back from the Shadow Realm, only for him to return changed — like most of the rest — and with his sights set on his best friend. But, as Gyro Supreme sometimes says, the show must go on. The Chamber of Commerce of Greater Philadelphia Tag Championship will be decided in a bout between The Metal Guys and Gordon Garabaldi and Piotr Petrov and the cast and crew of Supreme Productions will of course be in action, including the return of the dastardly Jean-Paul Rousseau.