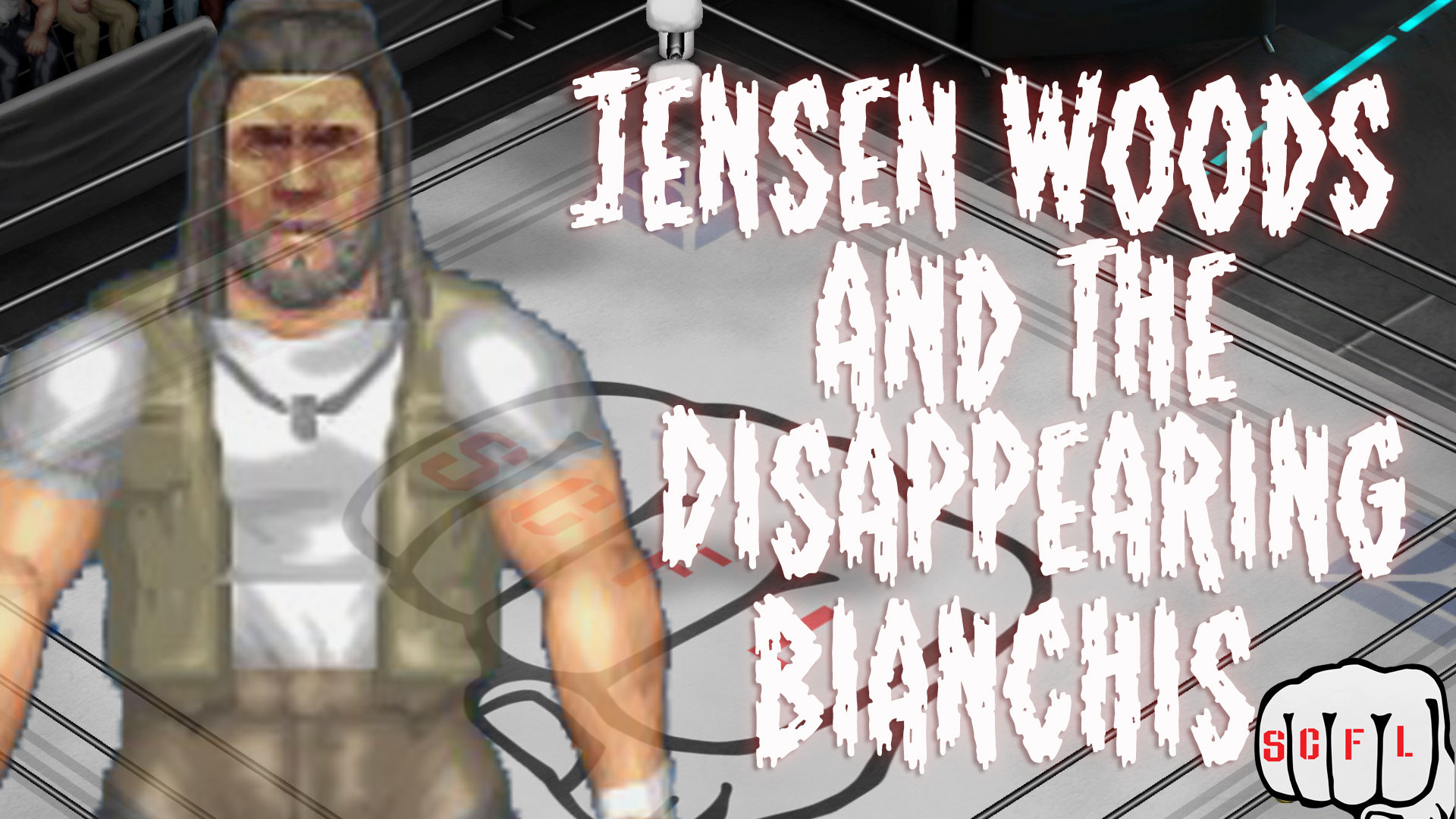 My name is Jensen Woods, internationally renowned Ghost Hunter. While you might believe that this profession leads to fortune, fame and television deals, that’s for the frauds and the scams. The actual existence of a Ghost Hunter is a much more solemn, depressing existence. No, ole Jensen isn’t asking for your sympathies, but simply your understanding that this investigation won’t have fancy devices that do next-to-nothing, there won’t be dramatic music with hair-raising violin screeches. Oh no, instead, I, Jensen Woods, will investigate the Beliribbon Civic Auditorium where two men, related by blood, Bike Bianchi and Boxing Bianchi, disappeared from the corporeal realm in front of hundreds in attendance and thousands viewing via the Internet, while their visages appeared stuck in time and space in one particular place in the SCFL ring.

Before you ask for my credentials, know that I’ve been doing this for over twenty years, twenty years to the day on October 15th, the day that my Esther was taken from me in an eerily similar situation to what unfolded in the SCFL ring on December the 6th, 2017. I uncovered the episodes while browsing the Internet at my leisure for gaming channels featuring women that might, in certain lights, look like Esther, enjoying an electronic game while talking to the lonely, lost and untethered souls that choose to watch them.

How I was guided to the SCFL event was not mere happenstance, but divine interjection from what I believe to be my beloved Esther, who was taken from me twenty years ago. When I saw one Bike Bianchi, frozen in place, vacant look in his eyes, only to occasionally regain control over his corporeal form and scream in horror, I knew that I was needed. So I fastened my pants and loaded up the Volvo to rush towards the cornfields of Iowa where I’d search for clues of the malevolent entity that I’ve only known as Yakob, whom I believe to be responsible for the disappearance of my dearest, and see if he had re-emerged after disappearing for a number of years. I was last on his trail at an Ultimate Fighting event, dubbed UFC 177, even though UFC 177 had been declared deceased. What I had found chilled me to my very core, but I was unable to track Yakob down again until last night.

I’ve settled down in a motel just down the street from the auditorium and have already met with Mr. Bianchi, who was suffering from an increase of weight-gain after returning from the realm that I’ve known as the Shadow Realm, which is unprecedented. During the coming days and weeks I’ll be conducting a series of interviews and investigations into these happenings at and around the SCFL crew and will keep everyone abreast of my findings.