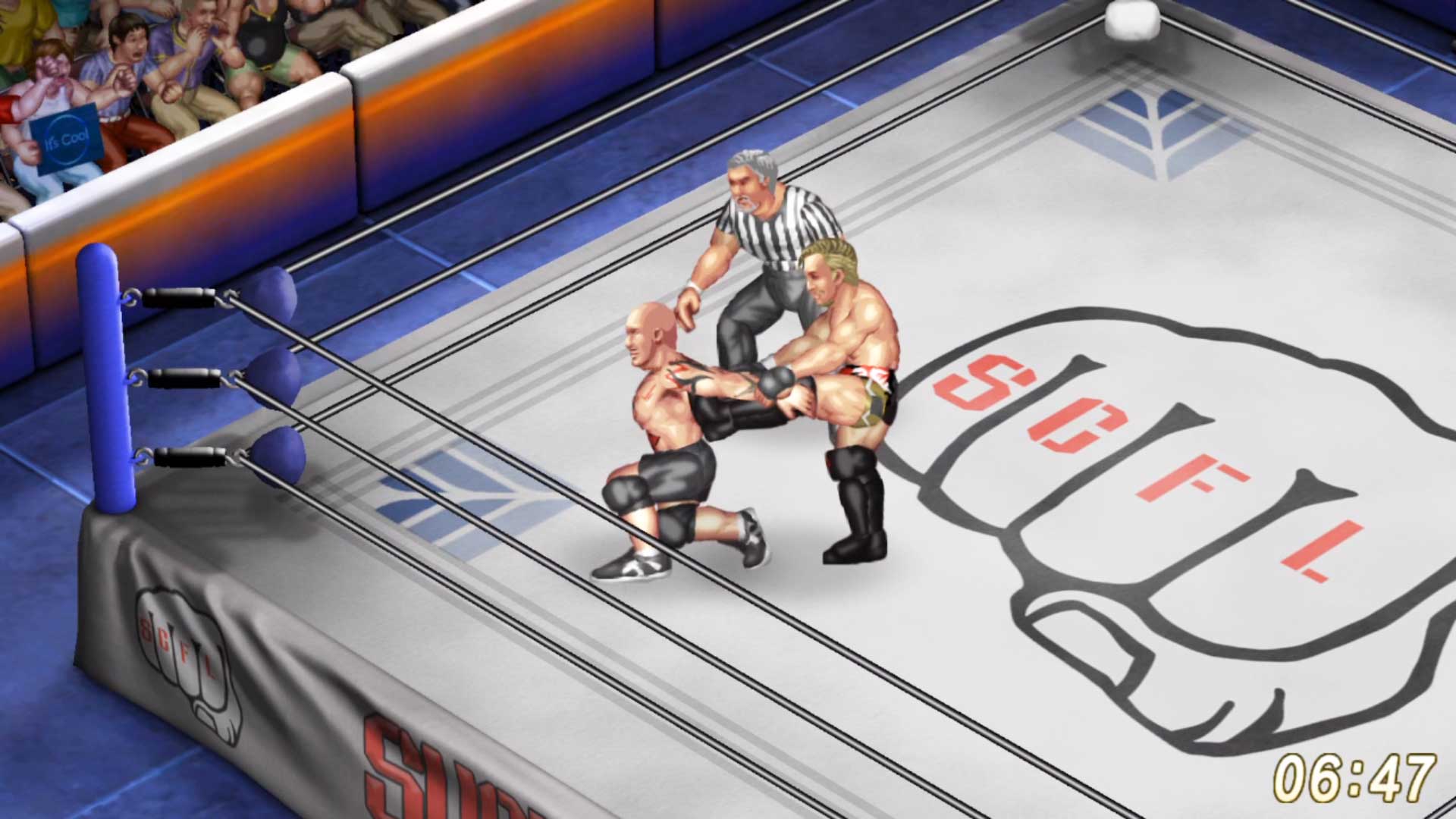 Tonight SCFL Pro held Holiday Havok, the biggest event of the year where all eleven titles were on the line. There were title changes, there were defenses and there were shenanigans, including the Shadow Realm sending out a Sledding Bianchi doppleganger during the Trios Titles bout.

But the biggest fight of the night, Ichabod Adams was defending the SCFL World Championship against Boxing Bianchi and, well, you can watch the whole match for yourself below.