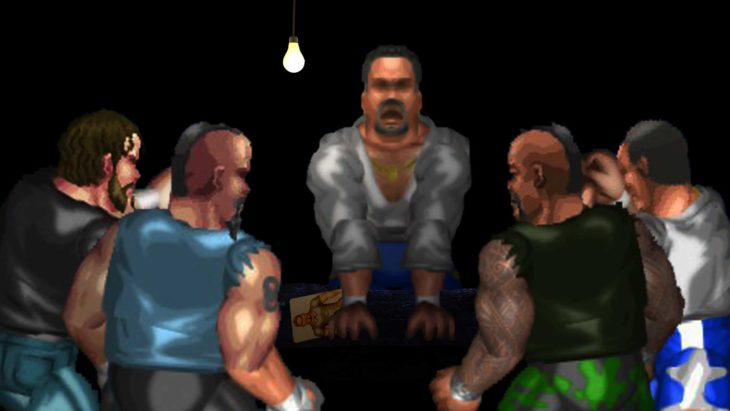 Look, I’ve been working on some top-secret shit over here to take on the Shadow Realm. The thing is, that shouldn’t be my job. I take care of my people, that’s what running a small business is all about. I also take care of my family. Bike Bianchi has been doing neither while he’s off wearing his dumb mask and acting like nobody knows who he is.

Cheesesteak Supreme used to do that shit when he was a kid, he’d put on this stinky old mask that we got for him at a flea market and he’s call himself Super Cheese. That’s how he’d escape the bullying, the people like the Foundation Russos or that asshole Jean-Paul Rousseau from Quebec that always got on my ass about how Cadillacs were better vehicles than Buicks. Assholes are everywhere, I had to teach that to little Cheese, but I’m not sure that he ever really learnt it, ya know?

Bike Bianchi is in charge of this circus, why ain’t he fixing it already? He’s so focused on wearing that dumb mask and running around like nobody knows who he is while we all put on this big act like he’s fuckin’ eight years old hiding in the trunk of a LeSabre. But he ain’t. Get your shit over with Bradford Culpepper, because let me tell you, nobody cares, bucko. Not one of us gives a shit about you playing with cages with this asshole because he embarrassed you at your own charity event because you can’t manage money properly.

Maybe if I got my shot at the title like was promised I wouldn’t be so sore over here, but I am and it’s mostly that Sanders is gone an’ nobody fuckin’ cares. Because, look, Sanders Suzuki is family now, you hear that? I don’t care if he ain’t blood or he don’t wear pants when he needs to. You gotta work with what you’ve got and he means a lot to my boy. Philly is trying to keep Cheesesteak together, but it ain’t working.

We found a diary or some shit from that Jetset Woods guy, talks about an army, talks about some guy named “The Hand” and how he hates Buicks. There’s a technique in there, which I’m teaching to the boys, hopefully it helps us in the future, I don’t know. What I do know is last week a bus full of assholes singing some rap-rock shit disappeared and there ain’t nobody doing a damned thing about it. That means I gotta, but I ain’t gonna be quiet about it.