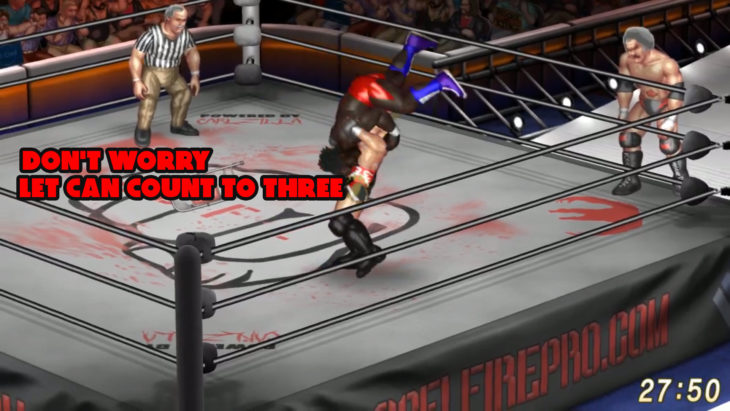 At this point we’re all sick of talking about the Shadow Realm. Not sick of it in a sense of it being dull or droll, but truly sick of the combatants in Beliribbuon, Iowa being unable to compete without that fear of being whisked away to another dimension. Foundation Russo might be back, but he’s not the same, as we saw from his failed challenge against Kurt King for the SCFL Pro Dot TV Championship.

But it’s no longer just Sanders Suzuki, Offers Thompson and Freddy Fischer that have been taken and haven’t returned. Oh no. It got a lot worse this week when a bus transporting a group of wrestlers to the arena mysteriously disappeared in what we have to assume was a Shadow Realm-related event. Who was taken? Puncho Baggins, Mama Dinner, Kelly Kelley, Fortran COBOL and a few others. To say that the locker room was on edge would be an understatement.

Friends, colleagues, lovers, mothers, fathers, the Shadow Realm doesn’t discern, it just takes and takes and takes. It’s unclear if Miles Manhoef’s new title of “The Seer” will matter in the end, either. Sure, he got Foundation Russo back, but it seems like that was the extent of his existential, time-and-space defying experience. Sure, Discussion Davis and him were able to defeat the Alt-Right team of Ichabod Adams and Piotr Petrov in a rare tag team bout, but it’s hard to focus on that when so many were lost.

Giovanni Dinner was pushed to defend his SCFL Pro US Championship when, frankly, he should have made the very clear argument that losing his mother was having a negative impact on his mood. But he went out there and damnit, he tried. Of course, he fell to Wim Nijman in record time, to crown a fourth SCFL Pro US Championship (mug) holder, but it’s hard to get excited about the idea of Wim ushering in a new era of the Uncle Sledding mug when it’s clear that someone was in such obvious pain.