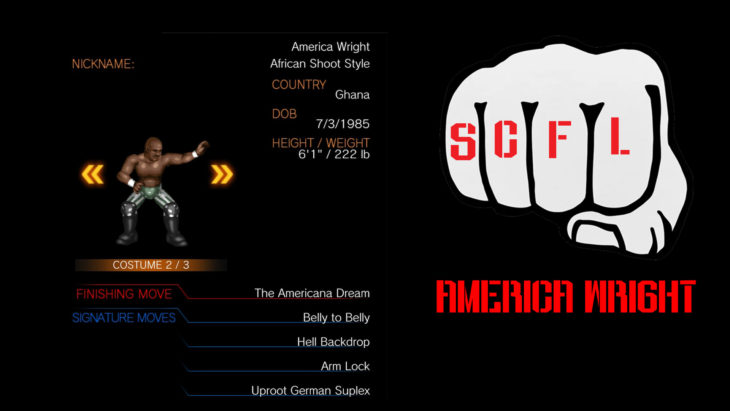 Born and raised in Kinshasa in the Congo, America Wright was raised with images of life in America dancing throughout his mind. He daydreamed about the gold-paved streets, the flowing opportunities and the lavish lifestyle that is being an American. So much so that he had his name legally changed to “America Wright” to help push his destiny forward. Finally, after years of toiling in local fights, he got a bite from an American fighting organization after sending over a tape of his fights in SCFL.

Little did he know that his American dream was going to be, well, so mediocre. There he was, in Iowa, competing in SCFL and his life wasn’t richer, the roads weren’t gold and 1% of the population in America controlled virtually all of the wealth. It was all a lie.

That was how he found socialism and the DSA. With Aladdin Bell being the only other vocal socialist in the ranks the two became friends, teaming up in SCFL Pro and proving to be a formidable force.