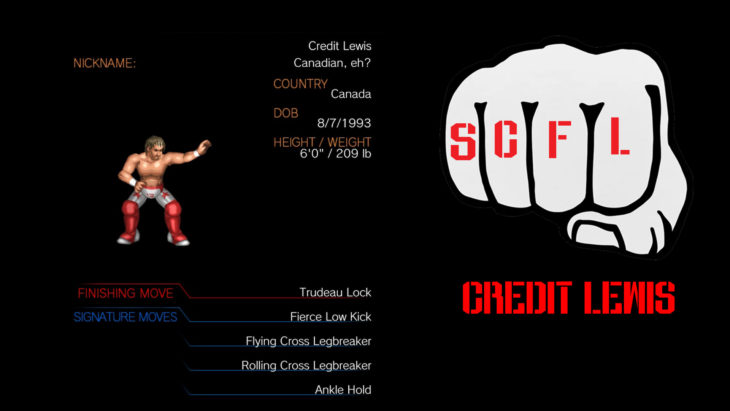 In an age of uncertainty, being polite always seems like the best antidote to modern life. At least that is how Credit Lewis sees it. Credit Lewis is perhaps the most polite man to ever lace up boots and compete in a wrestling ring. His SCFL kickboxing days saw him win the championship, while his pro wrestling days have yet to yield much success yet, outside of breaking Mike Miller’s leg twice with a few cranks of the Trudeau Lock.

Credit is a big fan of Canadian Prime Minister Justin Trudeau, thus naming his finisher after it. His long-lost father is Ron Lewis, who, frankly, was an absent father until Credit became a champion.