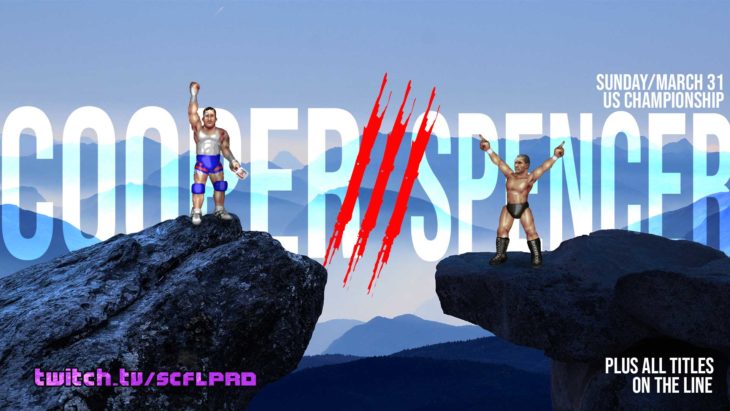 The final week of Sadness Season is upon us, and with that, the fruits of the last two weeks will deliver a night full of title shots. Every title is on the line Sunday – this is something that only happens once every fiscal quarter.

The last two weeks have been good for us. No.1 contender matches, Spencer Morgan becoming the number one contender to Technology Cooper’s U.S. title after winning the second ever March Sadness tournament. The historic 32-man tournament also gave us a world title shot to Discussion Davis after his bloody 5.5 hours of reffing.

Commentator Jason Nawara will also get a Dot TV title shot after commentating for over 5 hours straight. This show is truly historic.

Will Spencer Morgan finally defeat Technology Cooper? Will Philly Supreme become the second-most successful Dot TV champ ever? Will Officer Richards defend his Scramble Pan again, becoming the second man to ever defend it in back to back games?

Will the shoot title kind of be unified? Will October truly prove that he’s hardcore full-time? So many questions. The unified tag titles will be defended for the first time. And presumably, The Great Lopkin might finally be back from China so he can defend his world title, right?