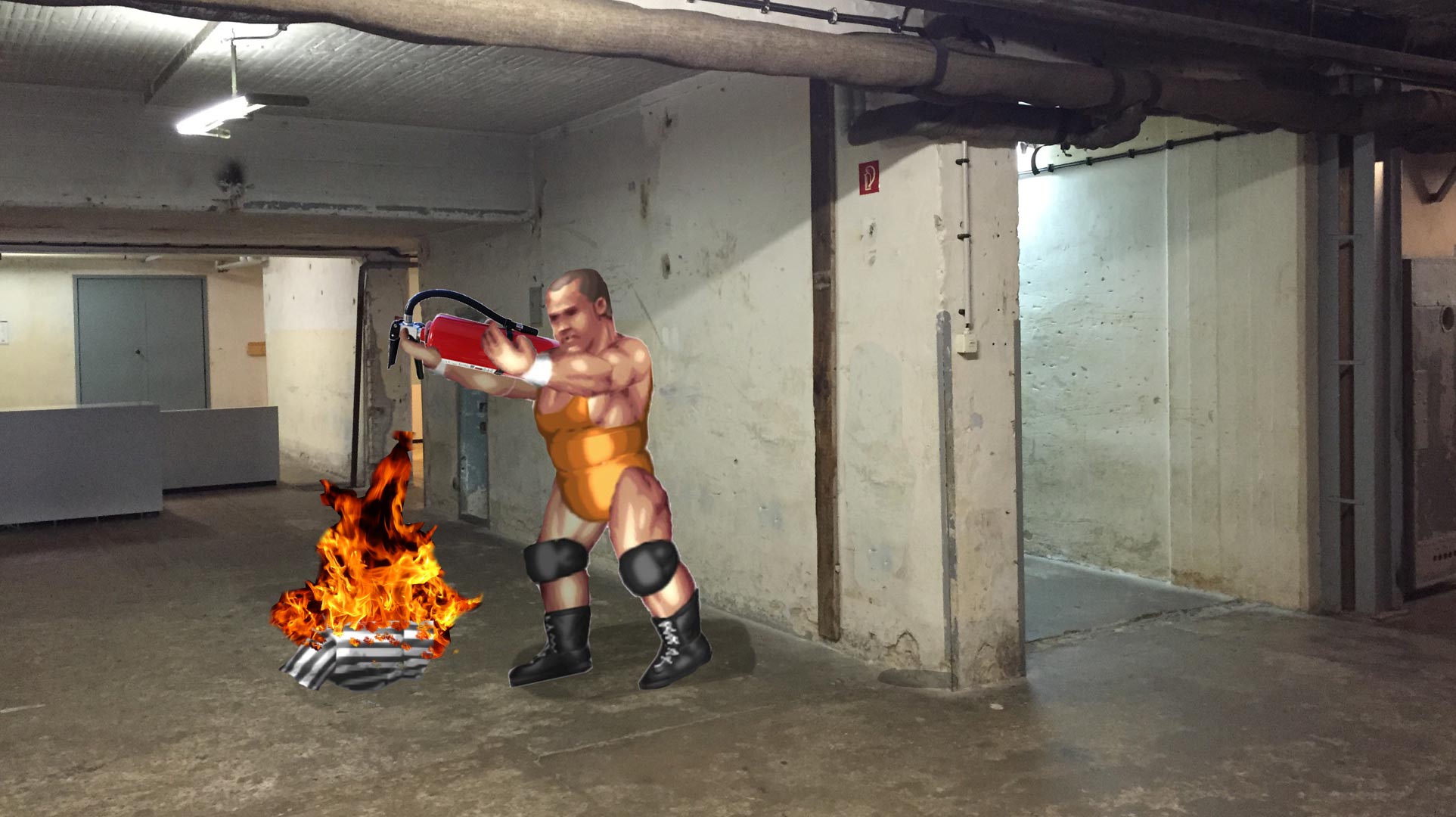 Last week at Superchat Pro’s Battle for the Bathroom, things went crazy with the quickness. The diminutive Picaporte finally managed to confront Discussion Davis, the man that stole his referee shirt, inside the ring. Picaporte looked to be taking control after an extensive leapfrog sequence, but Davis hit his devastating Champion’s Fall crucifix powerbomb, putting away Picaporte.

Then, in a bizarre turn of events, all of the children that normally make up the most vocal part of any Superchat Pro audience were simultaneously put down for naps, forcing everyone to remain as quiet as possible, from the wrestlers in the ring to our intrepid commentators. Luckily, even with Foundation Russo unexpectedly knocking out Until Robert eliciting a squeal of surprise from Jason Nawara in the booth, the children remained asleep.

In the Dot TV title defense, Meete Mein might have actually won the belt, had he made any sort of effort at pinning the current champ, Wim Nijman. Unfortunately, the two ended up brawling on the outside, and Mein took a devastating Death Valley Driver on the barely padded floor as the 15-minute time limit expired. Tough break for Mein, who thankfully, did not suffer a tough break of his neck.

The sleeping children were finally roused from their naps at either the best or worst possible time, depending on how you feel about young kids seeing brutal violence, as they awoke to witness Brick Roberts and Eosinophil Rossi taking on Puncho Baggins and Raoul Hernandez in a barb wire landmine death match. Things got even more out of hand as one half of the Hardcore Tag Team champions, Kelly Kelley, entered the commentary booth and proceeded to run down the opposition, so much that the finish, Baggins hitting Rossi with a fisherman driver, was missed by Nawara, Walsh and Hudnall.

That wasn’t the strangest moment, though. As Superchat Pro was going off the air, we witnessed Discussion Davis, mad with power, setting fire to the referee shirts he’s collected from Picaporte and Sledding Bianchi. After a nasty confrontation between Davis, Picaporte, Sledding and Bike Bianchi, hapless Let Liu arrived on the scene of the conflagration. Doing what he does best, which is trying hard, Liu picked up a nearby fire extinguisher, held it aloft, and bravely dropped it on top of the burning shirts, before walking off, a job presumably considered well done.