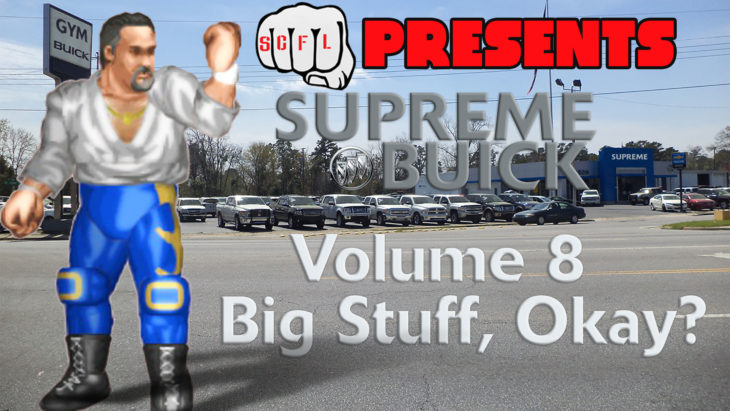 This week Mayor Bike Bianchi (Let Liu), long shall he live, has been tied up with legislative matters in regards to Ichabod Adams and Federal Bell calling ICE, which deferred to the police, consisting of Officer Boon, Officer Richards and Officer Romano in ICE vests arresting a few members of SCLL that tried to cross into Beliribuon, Iowa territory.

In addition, Xylophonist Bianchi refuses to take off his Great Lopkin costume, Actually Bike Bianchi (Officer Nate) has become obsessed with Korfball, New Bike Bianchi (Miles Manhoef) is back rehabilitating his knees and Sledding Bianchi has been nowhere to be found, which makes running an SCFL event without an actual Bianchi present difficult. Where is Sledding? The disturbing video above has been discovered and has left us all wondering not just how, but why.

Gyro Supreme and the gang at Supreme Buick have stepped up to the plate, promising a one-hour long Supreme Productions event tonight at 10pm eastern time, live on Twitch!

The Chamber of Commerce for Greater Philadelphia Heavyweight and Tag Championships will be defended and more! Tune in tonight to find out what is new in Philadelphia and the mental state of the elder Supreme.