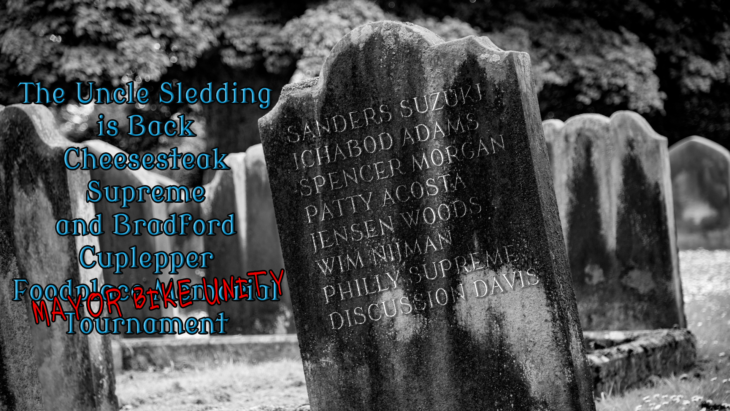 A week after Walsh and Jason were forced to mourn the death of Cheesesteak Supreme while watching men in China beat each other half to death then disappear after a lightning storm/earthquake, Mayor Bike Bianchi has put Beliribon, Iowa in a state of “no funny business” to celebrate the life of Cheesesteak Supreme in a memorial tournament, celebrate the fact that Uncle Sledding is back, celebrate the unity of the U.S. title and the world title, and find a new manager of the Food Place – all in one night.

This is the Cheesesteak Supreme Memorial, Uncle Sledding Is Back, Bradford Culpepper Food Place Tournament (2) of Unity.

Watch last week’s insanity in China, thanks to Chainsaw”

The tournament is a whos who of Supreme mourners and champions such as Wim Nijman (who essentially took the title from Xylophonist Bianchi), Spencer Morgan, and Discussion Davis – who cashed-in his refereeing of March Sadness to get in on the inaugural title.

What will happen? Who will become the unified champion AND the manager of the Food Place? On top of THAT:

The Dot TV title will also be defended by the lazy Foundation Russo.