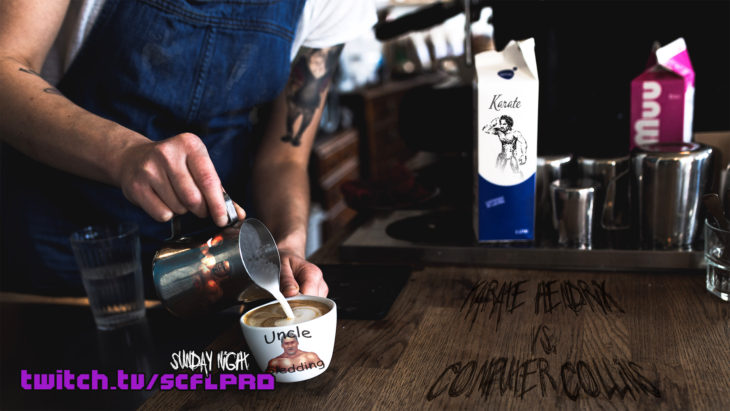 SCFL Fire Pro Wrestling is back, and it seems like tides are shifting. The Shadow Realm falters after Philly Supreme’s massive uppacut to OFFERS Thompson, bringing a title back to the certified pre-owned Buick dealership. Or has it? The Supremes are a family divided, with Gyro doing his best to console Cheesesteak despite Sanders Suzuki destroying their relationship and siding with the evil darkness from the mysterious Shadow Realm. The war wages on.

Meanwhile, Bikenate Bianchi seems to be living his life, now a Shoot champion, while Bikelet, the mayor of Beliribon, continues his reign. Long shall he live. The real Bike Bianchi is in Mexico, where life seems truly magical for the alleged manslaughterer.

Multiplte titles are on the line tonight, including a hardcore title match from the extremely active Officer Boon. A number one contender tag title match goes down, Boxing Bianchi continues to tear through the shoot division (which he was once a champion of) against Chuckie Murphy, who should not be fighting after all his injuries.

Of course, Philly defends his Dot TV title, CPU Collins and Karate Hendrix will likely put on a show for the U.S. title, and Discussion Davis demands to defend his title despite being viciously knocked out in a kickboxing world title match against Wim Nijman last week.