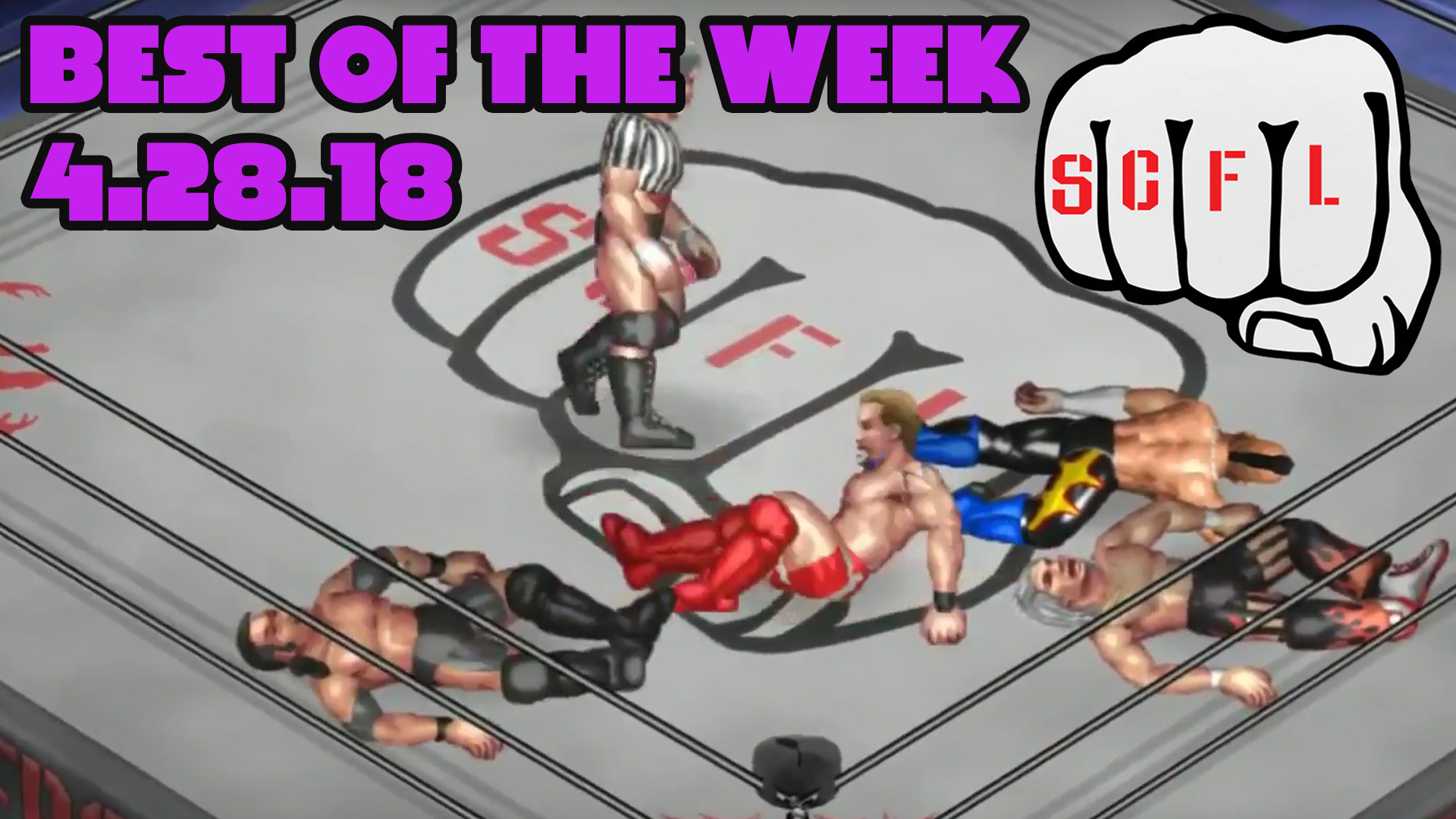 Superchat Pro’s gigantic Clotheslines for Clothes event this past Saturday promised to be an epic affair, with all titles on the line. Things kicked off with brutal action, as three men were critically injured the opening Scramble match, which saw Ron Lewis become the second ever person to retain the championship pan. The injuries didn’t stop there, as Both Ferrari took out Cheesesteak Supreme as the healthy member of the LOST Boyz seeks revenge against the Supreme family.

Successful defenses were the name of the game, as match after match, champions held onto their titles. Wim Nijman barreled into head referee, Sledding Bianchi, en route to defeating Zorastriani Brown via backdrop driver to retain the Dot TV title. In a gruesome Shoot Title match, Boxing Bianchi knocked out Gordon Kuntz with a huge slam. Technology Cooper was so far in control of his barbed wire Hardcore match with Algorithm Schneider, that Cooper ran himself into the barbs, just to experience more pain. It’s no surprise that Cooper retained, this time with a forceful stomp to the groin.

The landmine deathmatch between Kelly and Mickey Kelley versus Puncho Baggins and Raoul Hernandez was extremely violent, as three of the four men were gushing blood just a few minutes into the match. Hernandez never managed to get busted open, but his bright white linen suit was soon covered in other people’s blood, as the Kelley Family retained the Hardcore Tag Team title.

Spencer Morgan put on an absolute clinic against Freddy Fischer, as the ultimate underdog retained his U.S. title, and he did it in under 15 minutes, making a point to the Dot TV division. The other big underdog, Miles Manhoef, wasn’t as successful in his match against Ichabod Adams, though the deck was certainly stacked against young Manhoef. Adams had recruited his beleaguered brother-in-law to act as referee, and Adams also had his Alt-Right compatriot, Piotr Petrov on the outside. Despite an amazing top rope Canadian Destroyer and a beautiful Sky Twister Press, Miles was unable to put away Ichabod for the three count.

It wasn’t until the Tag Team title bout that we saw our first championship change hands. Philly and Gyro Supreme put forth a valiant effort, but Foundation Russo and Computer Collins were just too much, with Collins finishing off Gyro with a devastating Tiger Driver.

The final sequence of events in the night were certainly bizarre. Discussion Davis made his way to the ring, and instead of Bike Bianchi awaiting him, we witnessed the reappearance of The Masked Cyclist, though this version was looking far older than the previous incarnation. Davis made incredibly short work of the Cyclist, putting him away in barely 90 seconds. However, any thoughts that Davis had just won the World title for the second time were short lived, as Bike Bianchi rushed the ring and demanded the match start again. Both men fought hard, with Bike pulling out all the stops and nailing a tope con hilo before finally retaining the title.