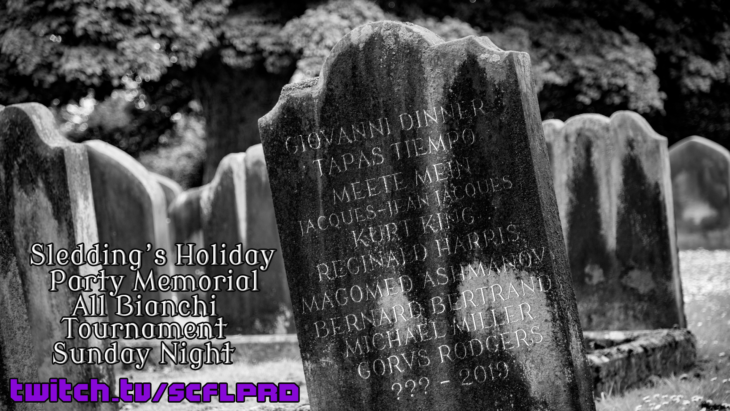 Last week’s shocking SCFL Fire Pro Wrestling show saw crepes, violence, and a snowy night full of horn music and cheer turn deadly. Now, Beliribon processes just what we saw, and how we all move forward. Mayor Bike Bianchi has ordered SCFL back to his father Sledding’s backyard where a Bianchi Family Mourning tournament will take place. The winner, gets a title shot. As is tradition, so will the referee.

Throughout the night, SCFL Fire Pro stars will share their thoughts on their fallen comrades:

Betsy Harris will take up the SCFL Pro Open Scramble Championship pan in honor of her dead brother Ron Harris.