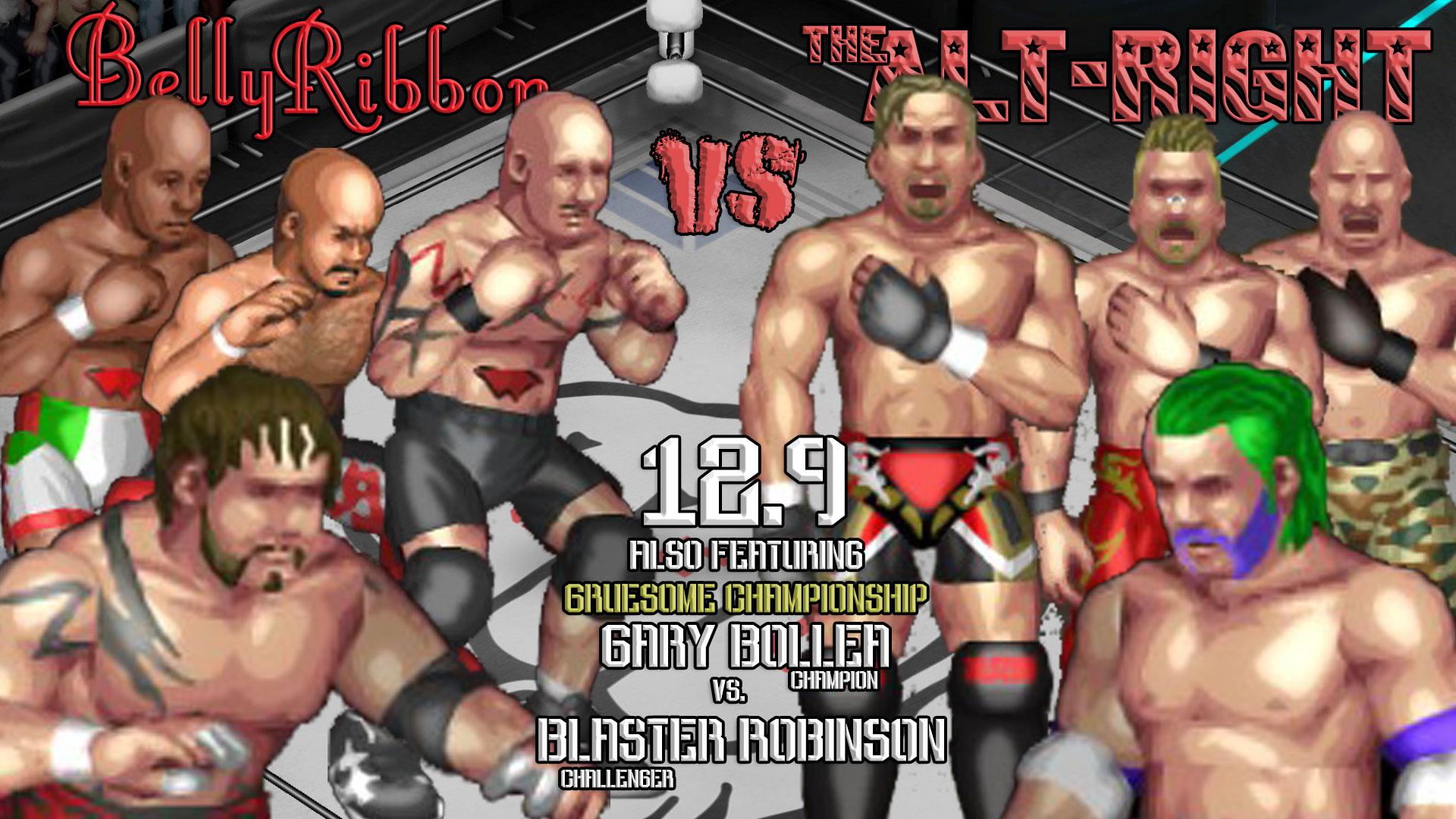 On the evening of December 9th, live on Twitch dot TV at 10:00pm pacific/1am eastern, SCFL returns with a big six-man tag team main event between the Alt-Right and Team Belly Ribbon, with the Alt-Right featuring the SCFL Tag Team Champions and SCFL World Champion against their next respective challengers of Boxing Bianchi for the World Title and Immediately Ito and Especially Esposito for the Tag Team Championship.

Boxing Bianchi won the right to challenge for the belt after a series of fatal four-ways, including the final one last week, where he met Ratt Middle, Algorithm Schneider and convicted murderer Alex Thompson in mortal combat. Thompson was doing a bulk of the work on the other three men, when Boxing Bianchi once again used his cunning to hit the Bianchi Drop on a distracted Ratt Middle while Alex Thompson and Algorithm were pounding away at each other.

Also featured will be a grudge match between Gyro Supreme and Sledding Bianchi after last week’s mishap in the six-man tag team match featuring the Supremes against the Sons of Anger that saw Sledding declare it a draw at the 15-minute mark and leave the ring, leaving an enraged Gyro Supreme throwing a fit before joining the commentary team and reigniting their old feud.