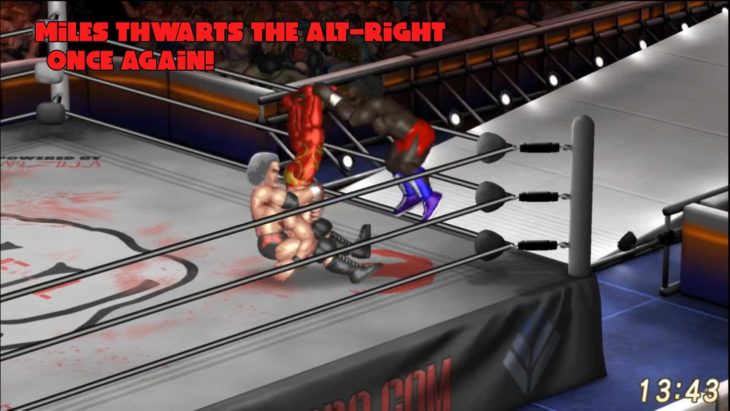 When it comes to relationships in SCFL Pro, not many are as valuable as those between a father (or father-like figure) and boy. So on Father’s Day 2018 SCFL Pro did something different in the Daddy-Boy Tag Team Dance tournament. Nobody really knows if it was meant to be an actual dance or not. In fact, there was a dance floor set up in the ring for the tournament, which in turn made each match essentially a parquet floor death match. Whoops.

The Kelley family was able to secure the first (annual?!) SCFL Pro Daddy-Boy Tag Team Dance championship and earn a shot at the tag team champions, who were set to defend later on in the evening. The MVP of the night was undoubtedly Mickey Kelley, who scored a pinfall over Credit Lewis in the opening round, knocked Federal Bell out cold in the second and beat down Gyro Supreme so bad that it left Kelly to knock out Cheesesteak Supreme. All-in-all, it was a brutal tournament.

Who will they face in the future? The Lost Boyz — Until Robert and Both Ferrari — who once again defeated Computer Collins and Foundation Russo, with once again a supernatural happening in the fight, with Foundation Russo disappearing in just under 15 minutes, leaving only an arm behind.

Technology Cooper defended his SCFL Pro Hardcore Championship. Sort of. He threw Puncho Baggins through the barbed wire ropes only for Puncho’s face to get stuck on the way out, ripping off parts of his face. The match continued, but Sledding Bianchi threw up inside of his helmet and was forced to call the match at five minutes so he could change out of his helmet.

The main event saw Discussion Davis continue with his open challenge, this time — to no surprise — against yet another member of the Alt-Right in Piotr Petrov. Miles Manhoef’s presence was felt as he ran out and attacked Discussion and Ron Harris, then ran backstage, only to immediately run out and put a beating on Petrov. It was confusing, to say the least, but Manhoef has definitely been making a point here against the Alt-Right, which has to be frustrating to them.