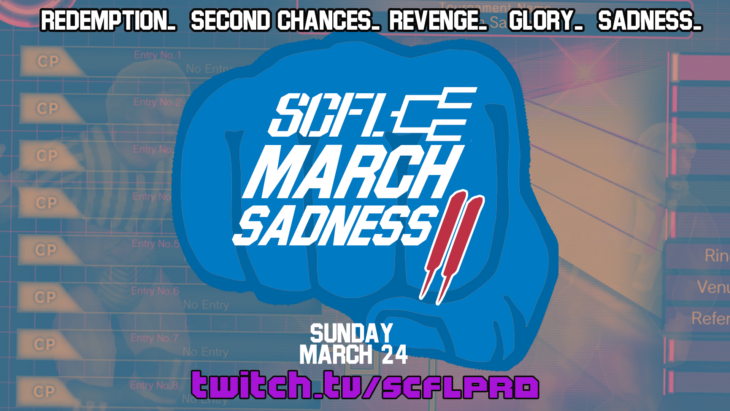 SCFL is known for five things: Tournaments, unnecessary violence, being a little too long, and sadness. What is probably the second-most important show of the year (after Mr. Bianchi’s Holiday Bash), March Sadness embodies all of these predominant tenants.

This marathon show is known to make stars and set the path for the year to come. One year ago, it was Miles Manhoef and Karate Hendrix in the finals. Now, they’re both household names. At least Miles is. Karate doesn’t seem to appreciate his lack of legacy.

Here is the unofficial list of participants, in no particular order. THIS IS SUBJECT TO CHANGE:

Who will be the next star? Who will win the most grueling tournament known to Iowa? Who will challenge Technology Cooper next week for his U.S. title, and will Discussion Davis survive to get a title shot?

Wait, is Xylop in China?