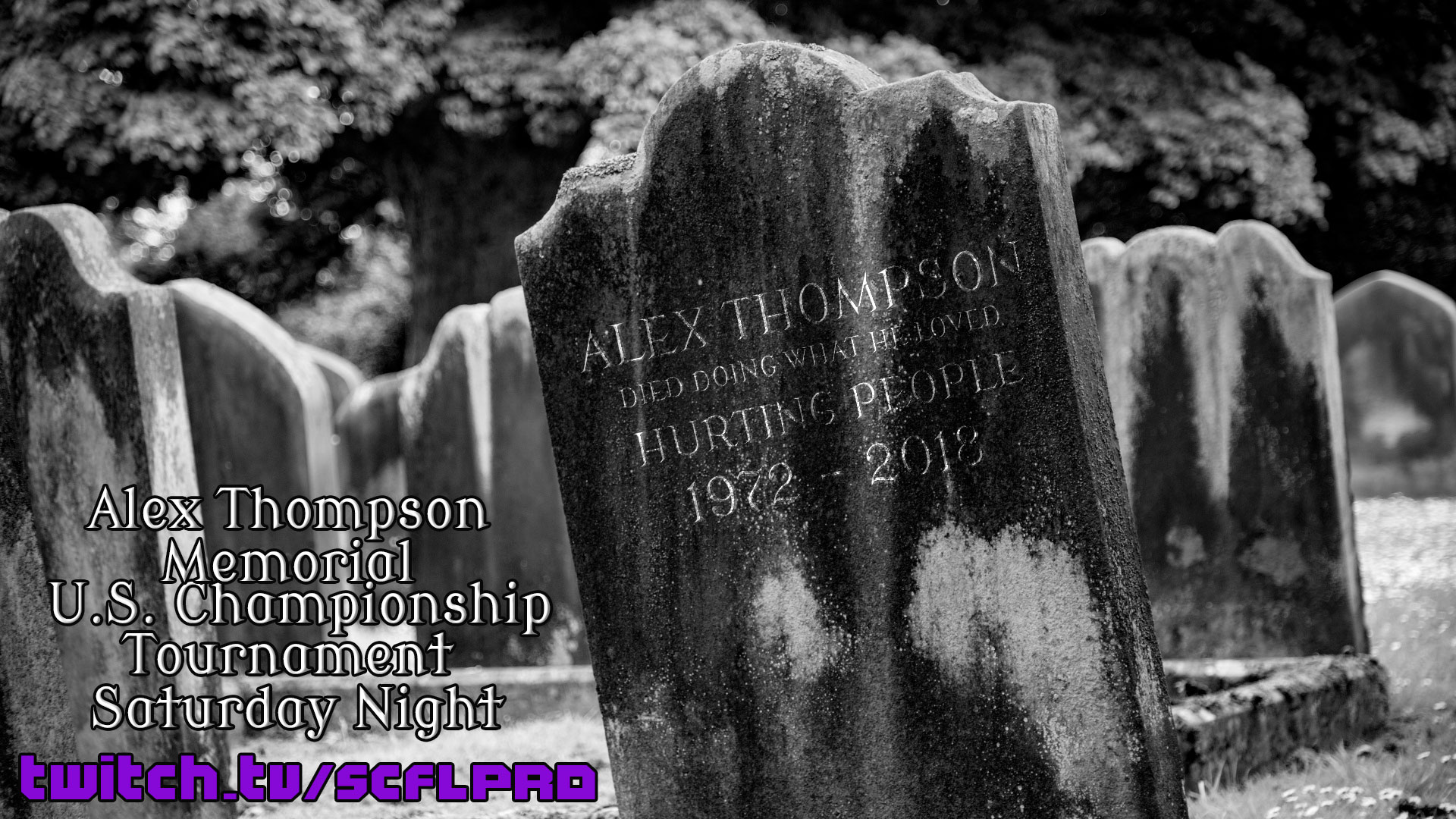 Ladies and gentlemen, it is with heavy heart that we bring to you this breakdown on the upcoming Super Chat Pro Wrestling card. Last week, at Valentine’s Slay, one of our wrestlers, Alex “The Wall” Thompson, perished in the ring. He was knocked down around thirty minutes into a Sod Death Match for his Hardcore title against Zoning Zhang and Technology Cooper. Due to the chaotic nature of the match, including the fact that Cooper and Zhang were still trying to win the belt, medical attention was not rendered to Thompson until well over thirty minutes had transpired. At that point, it was far too late, and Thompson was pronounced dead. Thompson is an extremely polarizing figure in the Super Chat locker room. Some that only know of his in-ring exploits, find his raw power and dominance both fascinating and terrifying. Those that know of what he did prior to his first match, find him terrifying for a much different reason. Despite all of that, he was a member of the Super Chat family, and he will be missed.

With that being said, Super Chat Pro Wrestling is back, exclusively at twitch.tv/scflpro at 1:30 AM ET, live from the Beliribbun Civic Auditorium and Volunteer Fire Station number 3. We’re kicking things off with, what else, but a Scramble match, as current champ, October Schmidt, looks to defend his championship frying pan against seven other hungry men.

After an impressive showing in a Last Man Standing match against Bradford Culpepper, the often concussed Kelly Kelley has earned a shot at the Dot TV title, which was successfully defended by Charles Dubois last week at Valentine’s Slay.

Our new Shoot Fight champion, Wigwamm Watanabe will make his first defense of that title against Foundation Russo, who earned a Gruesome title opportunity several weeks ago.

Next up is the continuation of a long-brewing feud between Zoning Zhang and Technology Cooper. The triple threat Sod Death match ended after 60 minutes with nobody being declared the winner, so technically Alex Thompson is still the Hardcore champion. Zhang and Cooper will meet for perhaps the final time to determine who rules the Hardcore division.

There is another US title tournament to determine the second qualifier, as Boxing Bianchi, Karate Hendrix, Meete Mein, and Choochai TrainMTGym will battle. Boxing is the only man to have not held a title in that grouping, but he came incredibly close to winning the World title, until Ichabod Adams’ Alt-Right goons interfered.

There is a new World champion, as Bike Bianchi, perhaps exuberant that his prized moustache had finally grown in, made incredibly quick work of Ichabod Adams, winning the match in a blazing four minutes, twenty seconds. Now, Philly Supreme and Computer Collins are squaring off to determine the new number one contender to the World championship. But first, they’ll clash in tag team action.

In the main event, CHEESEST and Sanders, fresh off retaining the Trios titles along with Gyro Supreme, will face Piotr Petrov and Federal Bell, who retained their Tag belts. Petrov and Bell are putting their belts on the line, which is rare for them to defend two events in a row, but it looks like they are in a less advantageous position without their buddy, Ichabod Adams, holding the World title and threatening lawsuits and walkouts at every turn.

Head over to twitch.tv/scflpro at 1:30 AM ET, Saturday night for another exciting card of Super Chat Pro Wrestling.