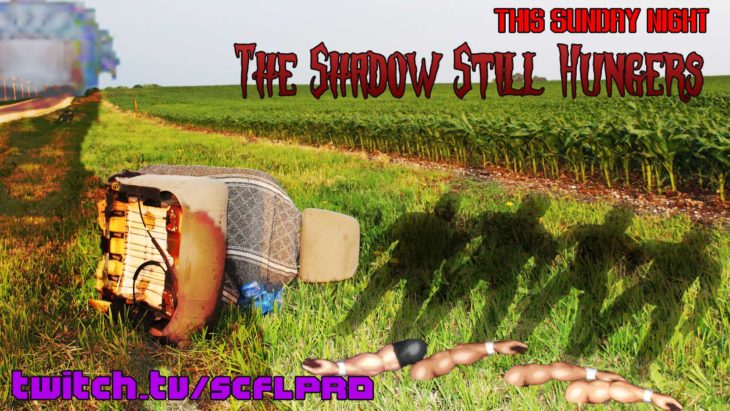 Bubbling up just underneath the surface of SCFL Pro has been the Shadow Realm. Only spoken about in whispers until late, the mysterious in-ring happenings have left the roster uneasy about competing inside of the ring. There’s something about Beliribbuon, Iowa that quite simply, isn’t right. So while Bike Bianchi has hired a ghost hunter in Jensen Woods, Jensen has been an inhabitant of the Shadow Realm for what feels like an eternity now. He was able to help Justice Turner return from the Shadow Realm, but currently, with four men (Sanders Suzuki, Offers Thompson, Foundation Russo and Freddy Fischer) stuck there — leaving only arms behind — the questions linger as to what can be done.

In what was an even more confusing moment, Miles Manhoef transcended space and time at the conclusion of the SCFL Pro Substitute Series tournament, which was enough to distract Ichabod Adams and help “Freddy Fischer” secure the victory in the 2018 tournament.

Naturally, the question arises: now what? Where does SCFL go from here? Four men are gone and one man has apparently punched through the very fabric of reality and seen anything and everything all at once. So now what happens? We wait and we fight, as always.

Jacques Jeanjacques will look to defend his SCFL Pro Open Scramble Championship to open the show, Kurt King will be defending his newly-won SCFL Pro Dot TV Championship against the man that was supposed to be his leader in Tapas Tiempo. Has Tapas finally had enough of Kurt King’s success while Tapas flounders?

The SCFL Pro Trios Championship will be on the line as the Sons of Anger (Ratt Middle, Gorvis Rodgers and Rastaban Baptiste) will defend the titles against The Steel Drum Band, consisting of Nightsbane Kvlt, Vector Wang and Ron Lewis.

We’ll see some hardcore action as a returning Zoning Zhang will look to continue making his mark and claim on the division by fighting a man that became a hardcore icon in Zhang’s absence in Front Reed. We’ll also see our three new substitutes, Samantha Sugar, Drea Mountebank and Patty Acosta in action.

Spencer Morgan has returned from his injury and will be looking for a modicum of revenge as he’ll go out and do battle with Ricky Robinson. Robinson, who we have seen the clip of him tea-bagging Morgan replayed for weeks while Morgan sat on the sidelines, cranking out shifts at the Men’s Wearhouse, will have a lot to prove in a singles bout against the former SCFL Pro US Championship holder, but Spencer will be on the warpath.

Headlining the show will be a double-shot of championship matches, with the LOST Boyz (Until Robert and Both Ferrari) defending the SCFL Pro World Tag Team Championship against The Kelley family, Kelly Kelley and Mickey Kelley. The Kelleys won the Daddy-Boy Tag Team Dance tournament on Father’s Day and did so in dominant fashion, making this a big defense for the LOST Boyz. Then, in the main event, Discussion Davis will continue with the open challenge for the SCFL Pro World Championship and look to add another notch to his impressive championship reign.

Join us live on Sunday night at 10:00pm eastern at http://www.twitch.tv/scflpro.